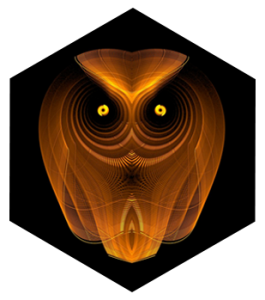 Information protects itself from retardation through the agencies of cognitive subterfuge, reverse engineering (prevarication by proxy), and the sheer predictability of human error. Disinformation represents the most highly potent manifestation of information.

Memes may replicate just as readily through such non-human senses as electroception, magnetoception, and echolocation as they can through jokes and lyrics, postures and handshakes, farts and incense, spices and strains, or sly flirting and oral sex techniques. Due to the fact that memes strike us as more contagious than malignantly mutated measles they seem just as easily contracted in their obtuse-abstract forms as in their acute-categorical forms.

Direct observation seems required to contract a meme, but direct comprehension does not.

One doesn’t have to appreciate the meme they go passing on to continue to pass it on. Think of the telephone game, invariably players keep passing on phrases or statements or words that seem nonsensical, but the game does not imply one of agreeing with or supporting or even grasping the information being whispered from mouth to ear. In this way, mis-replication symbolizes an inherently flawed ideal as there exists no histameme or vaccime to immunomemetize us from the inevitability of symmemetic drift. Memes care not for what epitomizes truth or what typifies as accurate. Memes only care for what gets recognized or what gets remembered. Charlie Manson didn?t kill anyone himself, yet even educated people still refer to him as a mass murderer. The meme stuck. This exemplifies where memes differ from folklore and myth. Whereas folklore and myth seem at least slightly concerned with the accuracy of the pattern, memes simply reproduce whatever pattern appears as apparent. Memes act more like cliches than myths. Memes fulfill the fuzzy logistics of inconclusive speculation.

People will believe just about anything that serves their immediate impulses. The events in the bible get taken seriously by theologians. They show concern with how precise the context of scripture has painted history through these romanticized poetries. It seems that those with very little in the way of common sense will actively seek out gurus, but feeding a starving person does not represent an act of divinity. This pre-packaging of truth means nothing new. It dervies from an integral part of political science, as the good man says, “the difference between reality and fiction is that fiction has to make sense.” It appears less difficult for the average cadaver to digest fictious accounts of history due to the fact that detailed fiction resolves itself in the end (like so many moralizing sit-coms) whereas the reality of reality further complicates matters in the minds of the many.

The primary business of a secret society assumes the role of manipulating the aspirants (ass pirates) and seekers (sea curse) in their quest for the acquisition of mystical knowledge and the attainment of magical power. The ends define the means and what a given secret society intends to accomplish with so much string-pulling seems essentialy to have the probationer uncover the conspiracy for hirself. The secret society shows concern only with those who exhibit the spiritual fortitude to accept that the widely known fallacies generated by the politically motivated religions on this planet represent an abomination of human history. Just patronizing fables and moral lessons intended to guide the testicle-less dispossessed dipshits in their dog eat dogfood worlds. All emotionally oppresive dogmatisms serve as designs for the dog in man. Sit. Roll over. Give paw. Clean your own ass and play dead otherwise. This expresses the downfall of man perverted in biblical scripture and hidden in apocrypha.

Our connection to nature (and in turn our own souls) has been severed by an infantile belief in those inferior godforms which impart no reward on their devotees. This cliche of mysterious ways your god works in embodies an absence of ways alltogether, a delusion of false hope in the existence of something, or more accurately anything, that cares for our futile lives. The chasm we must cross from abyss to abyss has been lengthened due to the poisoning of the collective awareness. We no longer notice the periphery of events that the great storm precipitates as the climate we live in. We no longer recognize our habits or manners as consequential on the macro scale. We personify, but monkeys chasing the dangling banana of a reality we seem hardly engaged in. This rising New Age corresponds to nothing more than the calm before another great dark age of spiritual repression where the great storm we must weather becomes the great dragon we must face.