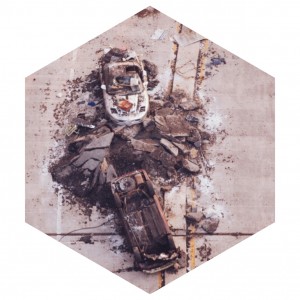 Vote for Hillary Clinton. Campaign for diversity quotas and pedophilia. Push for hate speech laws that have outrageous penalties. Demand basic income for lazy slackers and price-controlled markets for companies that provide products. Digitally lynch public figures who dare to step out of line with public pop-science sentiment. Push to end the last vestiges of free speech.

Before things get better, they need to get a whole lot worse. We’re on a slope toward Orwellian authoritarianism that’s gradually growing steeper. Whom do you want to suffer—you or your children? Do you want to just get by and leave your progeny to clean up the mess? No, this is our problem, of our making, and we need to increase the rate of decay. We need to let the cancer kill the host completely instead of prolonging the twilight, feces-filled-diaper phase of society.

Ever had a clunker for a car that just wouldn’t work right? The transmission goes out and you replace it. Then, the brake line cuts and you end up in the hospital from smashing into a much nicer car. The cost of the hospital bills are more than enough to bankrupt you, but then you add on your lack of car insurance. You end up under a bridge, with an addiction to heroin and a healthy dose of hepatitis C. All this could have been avoided if you just scrapped the old clunker and bought a functional car.

The current society is the worst clunker I’ve ever seen. People care only about themselves. Hunger is an easily solvable problem that practically nobody cares about. We’d much rather talk about how great it is that a mentally ill murderer and attention whore dresses in drag and calls himself a woman. Nobody wants to discuss why sex slavery is alive and well in metropolitan areas in the U.S. Empathy is dead.

Besides TV execs, nobody really gives a damn what happens to freaks like Jenner. We’ve confused Tweeting and Facebook screeds about pop culture with actually caring. Society is a maimed animal. A limping hunk of diseased flesh. A dog snarling as its infections rot and fleas swarm the gaping gash. Society lashes out at anyone who attempts to help it. Indeed, it’s too late to heal.

It must be put down.

The humane thing to do is take a shotgun and blow its brains across the sidewalk. We are living in the death-throes. The mob has been conditioned to harm anyone who dares to stand up and try to change it. Good luck if you are religious in the traditional sense. Heaven help you if you are religious and own a business. It’s only going to get worse.

Society is like metal. The slower the metal is formed, the harder it is to break when strained. When shaped rapidly, the metal will be brittle and easy to shatter. It’s our job to form this dystopia as fast as humanly possible. Both to awaken those at the margins of “acceptable” public discourse, and to make it easier for future people to rise up against.

You don’t slowly get in a cold lake. You jump into it. You don’t savor each bite of disgusting food. You eat it as fast as possible and go throw up so your host doesn’t see. You rip off the bandage. You deal with problems quickly so you don’t have to deal with problems for a long time. Push for the extremes. Push for jailing those who deny or even question the holocaust. Co-opt insane movements like third-wave feminism.

Patchwork and protest won’t save this dilapidated and intellectually rotting culture. The building is condemned and the asbestos won’t be going away with a half-hearted paint job. The whole city needs to burn before it can be rebuilt.