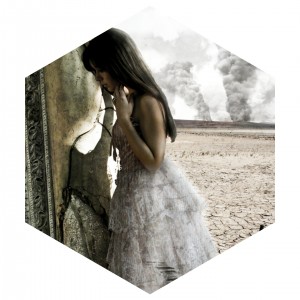 Is it just me, or has the dystopia felt like a bit of a letdown so far?

I had always assumed that our civilization would succumb to madness in a more respectable way. Or at the very least, more remarkably. We’ve been promised nuclear winters and bossy robotic takeovers for some time now. Sleek, fascist stimuli. Or maybe some unexpected environmental revenge that spawns a doomed last-ditch space colonization effort for a handful of elite specimens—whatever. It’s probably an archaic impulse, too. The cavemen must have feared some kind of primal doomsday scenario to keep them alive and well-regulated. Surprise attack by coordinated mastodons, perhaps. And we shouldn’t forget all of that old “Act of God” business. All perfectly acceptable ways to undergo our collective demise. Gruesome, but at least requiring some amount of gritty hubris that you can really take pride in as the hot screaming fades out of your consciousness forever.

What we got instead is just…embarrassing. The “therapeutic hypertextual sociotechnocracy” that we’ve apparently entombed ourselves in is an entirely more pathetic beast than I personally have been (theoretically) preparing to deal with. Wholly unsatisfying all around.

For starters, it’s hard to muster the enthusiasm to dissect a dystopia that was never worth our existential angst to begin with. Smothering ourselves with dumb synthetic comfort? Really? That’s how we’re going to go out? Great. Nice job, once-civilized world, very inspiring. This should really liven up my contribution to the whole pointless body of transient self-satisfying abstractions we’re swimming in.

But it’s not going anywhere and we’ll be bored either way. Might as well pause for a moment to reflect on the gauche abomination that is our present cultural suicide and what it says about us as a people.

That the entire Western world has gone totally nanners is, at this point, well beyond dispute. Everyone has plainly lost their damned minds. Look at us, out-signaling to each other who is most to blame for the personal hell that pathological altruism and material abstraction have created for ourselves. (It was my in-group, and I for one am ashamed.) Needless to say this will completely rot the collective spirits of the rest of world brotherhood in time (if it hasn’t already), so let’s spare each other any boring Marxist bullshit that neither of us actually believes and cut to the chase here. We needn’t belabor the obvious.

Who could have anticipated that humanity doesn’t scale? It looked so good on paper. Unfortunately, it turns out that retrofitting small-scale human patterns onto a big, dumb, wiggling mass of globalized bodies and rights and pixels introduces a few deceiving parasites and a lot of bad habits into the mix that you can’t really see until long after you realize you’re already hooked. At least, I couldn’t. And after you do, there’s little you can do that doesn’t reinforce its grip. To notice is to lose comfort—and we certainly can’t have that.

Why say anything? The added anti-employment mines hugging the issues most germane to our disgraceful drift towards the drain makes this whole exercise all that more loathsome. We don’t fear famine or bioweapons or harvest by aliens. No, we just live with the tiny but constant terrorism of a slight social faux pas that could imperceptibly harm our networks for currying favor or—HR save us!—outright cull our commercial relationships altogether, of not staying in step or revealing—for just a moment!—that somewhere, deep down inside the dimming but scrappy cores of our unbranded selves, we submerge an unseemly anxiety that everyone knows that something is very wrong with the world around us and no one is the slightest bit interested in talking about it. Something obvious and saturated enough to just blend into the marginally discordant noise. It grows louder. Have you noticed the hiccups? But we poor darlings have so many various life debts to repay. Why ruin our imperial credit balances by running our precious mouths about any unsettling notion that should regularly occur to us? Lying brains are only a material liability. Let’s talk about something else.

You could turn toward more positive content instead. I am told there are many pressing concerns in need of awareness: traffic ticket equality and tween sex reassignment surgeries and destroying Stone Mountain and the promising soundbites from Pope Francis and silencing online bullytrolls and Freeing the Nipple and ubiquitous white flight and pedophilophobia and supporting intersectional ballet and developing a progressive ethical framework for indigenous adoption and good pronoun etiquette and a number of other wholly selfless pre-approved campaigns that we have the full freedom to decide to participate in from our very own screens. There’s no time to waste. Each of these promises a moment’s fulfillment and a shot at a slightly plusher descent into soulless disassociation. Or a less incriminating digital fingerprint at the very least. Maybe start with Rainbow Filter? Whatever it takes to get to sleep peacefully.

Hashtagging our way into the beMinioned abyss—that’s the way humanity’s gonna go. Killing words’ meanings in our drive to squeeze any last social currency from them before we’ve virtually snuffed it for good. Don’t disrupt the current market makers and you’ll be mostly allowed to engorge yourself on whatever cheap delusions you want. If you haven’t spawned already, I should let you know that it is generally not recommended.

To be frank, I hate this dystopia. I’ve been promised so much and I think I speak for everyone when I say that we deserve a heck of a lot more from our cosmic genocide. Is anybody working on this?