The liminal future represents our only path forward. We posit that the resilient liminalists will be the last ones standing after the final violent attempt of the sedation of the psyche.

Who are you and why are you here? You may be here because you scanned an ominous QR code sticker that marked one of our enemies territories as ‘fair game.’ Perhaps you saw us mentioned on a dark-web forum. You may have heard us mentioned in relation to something called ‘dark Zen’ or ‘black Zen’ or as we sometimes like to call it,  Xen: The Zen of the Other. It is true, those principles are at the core of our actions, as ‘black metal’ is to music, so is our brand of Zen to our praxis, but this is not the time or place to speak of such things. In the meantime, you may amuse yourself with the many great contributions, including our own in this fine journal or this one.

In the larger picture, you may be here because you were angry but now you’re beyond that, you’re—something else. You’ve seen past the false dichotomies of left and right, good and bad, black and white, legal and illegal, up and down. The manufactured comparisons never seem to end, you grew weary of them and then you had a new feeling, one you’ve never had before and it felt—not good, not bad but familiar. In the end, however, call it fate, luck, randomicity, call it nothing at all. It is because of that feeling that you followed the acausal breadcrumbs and you landed here. You may think you were led here by a series of ‘random’ events, however, we have laid this adaptive path for you and others using a method we developed in-house, known internally as psychopathology. The specifics of how you arrived are unimportant. You are here now.

Who are we and why are we here?

Today we in a position of despair created by too many years of domestication and slave mentality. It is not the time for demonstrations. The time to demonstrate anything is long past. It’s time for action. To stand up and walk into the halls of power, if nothing else, embracing how ‘the forest passage’ requires leaving behind our slave minds. We must now ultimately become ‘The Others.’ The liminal future represents our only path forward. We posit that the resilient liminalists will be the last ones standing after the final violent attempt of the sedation of the psyche. This we, the liminalists, will be accomplished purely because of strides made toward living in a free, irrational, and undomesticated state. ‘The forest passage’ doesn’t always mean fleeing (.i.e. cede) the urban landscape. It is a state of mind, a mental separation, an ‘othering’ that makes you all the more dangerous, because you walk among the slaves undetected, and you also walk among the so-called masters, like one of Hassan-i-Sabah’s students.

We propose the formation of tight-knit decentralized bands, impenetrable by the domesticated rationalists and liminal in their inspiration and therefore not predictable by linear projections. Instead—inhabitants of our own sacred maze—whether physical or mental, in which the civilized dare not enter unless they are foolish and then they do not exist. Liminal warriors effective at doing irreparable damage, and disappearing into the shadows only to emerge to strike again, and again.

“A beast of prey tamed and in captivity—every zoological garden can furnish examples—is mutilated, world-sick, inwardly dead. Some of them voluntarily hunger-strike when they are captured. Herbivores give up nothing in being domesticated.”—Oswald Spengler, Man and Technics

To resist and stand against the empty and boring life of rules imposed upon us is one of the goals that we must fully realize in everyday life. How do we do this? We should once again learn to create art and live a free life, feral and free of motives that serve skewed versions of ‘purpose’ foisted on us by modernity. We spit in the grinning faces of those who think they ‘support our cause’ when they buy baubles and beads that were created for their consumption under the name of ‘art’ which in fact all they buy are faded copies of copies of copies of authentic ART. We plot sticky ends to those which encourage and supplement the production of such psychic abortions as well as those which enable this monstrous ouroboros by producing them.

It doesn’t matter who you have to shoot when the money isn’t handed over because, when an employee (slave) doesn’t hand over the boss’s (master’s) money, he defends like a slave (cur) the stockpile of the master (true criminal). He has in essence, signed an invisible yet binding contract that has led him to this sticky end. When a businessman, owner, or executive of a business doesn’t give into the demands of the liminal warrior, he deserves the same and when possible, worse. You know in your heart that this is true. we’re just willing to write it, say it and live it. Are you? No? Then why are you still here?

“The simplest Surrealist act consists of dashing down the street, pistol in hand, and firing blindly, as fast as you can pull the trigger, into the crowd. Anyone who, at least once in his life, has not dreamed of thus putting an end to the petty system of debasement and cretinization in effect has a well-defined place in that crowd with his belly at barrel-level.” – André Breton, Manifestoes of Surrealism

We are those who bring conflict; who vex others; who tempt others; who seek to defy the limits and laws set and imposed by the stifling status quo. We are heresy, chaos, disruption, conflict, terror, combat, temptation, forbidden pleasures, and forbidden joy. We Liminal Warriors – are sinister, are amoral. We are heresy and outlaws, we lurk in the margins of society, in the shadows, there between the light and the dark. We sometimes disguise ourselves and walk among you. We are sitting next to you on the train or at the bar. We live and we strive to die by our own rules and by our own laws. We have contempt and disdain for all the laws and all the societies, forms, and institutions of average people. Anything less makes you a slave, and obedient slaves are as untrustworthy as the masters. Therefore, you are either with us or against us. There is no middle ground.

We are the modern incarnation of a tradition now brought forth by non–state actors, practitioners of 4th Generation Warfare. We have the example of history in our favor since there is a long history of decentralized, small, agile bands of ‘guerrillas’ defeating large, monolithic empiric concerns. Where empire has won has traditionally been through info warfare. We recognize this deficiency and point it out to highlight its ultimate exploitability, to our benefit of course.

Rather than bow down to the bringer of law (Marduk) and the slayer of the dragon of liminality (Tiamat), we celebrate the void, the zero that not only precedes the arousal of the monad but also its source. The incessant background hum of modernity is anxiety. We are including in our critique the lingua franca of the Internet itself. That of ‘attention’ ala ‘hits’ or ‘likes’, which we see as just another manifestation of the same sickness we have been discussing. It harnesses the same motivations and even benefits the ‘masters’ more because it costs them less in payout. Imagine a casino that only paid in the dividends of fleeting social currency. This is your ’15 minutes of fame’ on steroids.

Some of the targets we have chosen include but are not limited to: the upper and middle management of companies that participate in ‘consumer’ behavioral and attention data collection, the upper and middle management of companies that participate in the creation and distribution of entertainment, infotainment, advertising, and any other buzzword du jour that is being applied to soul-killing propaganda as well as their co-conspirators, the consumers of said toxins. The creators can’t very well exist without the consumers. This is the same way in which a wild game is blindly attracted to a body of fresh water. The consumers of garbage posing as art are drawn to venues like movie theaters. Meanwhile, we lie in waiting for the interfacing between prey and it’s sustenance—when their guard is lowered and their brain is flooded with endorphins. Can you imagine the possibilities? If you are an ‘artist’ who has sold your access to lady art for a penny, if you are one of the sheep-dogs that line up to subsidize the further creation of substandard pseudo-creative drivel, then you are the enemy as much as the bean counters at the top. You are on our list.

We propose open season on upper and middle management of the manufacturers of ‘smart’ devices, the creators and promoters of ‘artificial intelligence’ and robotics (with specific attention paid to certain labs in Berkeley, Stanford and MIT that specialize in the weaponization of drones, robotics, swarm intelligence, et al), specifically where it concerns methods of control and coercion, the creators and purveyors of bad art, bankers, politicians, and any other monsters we identify in the course of our day to day wanderings. We may even, from time to time, strike out against the consumers of said poisons or in the case of the data collection scenarios, and the producers as well.

Sensing that we are pacing our concrete cages, the reimaginers of ‘life’ have attempted to decorate our kill-shelter with questing narratives and talk of wildness. Without action, a spiritual journey is however just a story about thinking. You don’t actually go anywhere. You don’t actualize that potential. The inner warrior never knows what it means to face death head-on or to see the life leave the eyes of his vanquished foe. His victories are petty and his defeats are trivial. The weekend initiate never feels the earth on his knees, the urgency of hunger or the warmth of fresh blood on his forehead. And, the one who denies his own will to power so that others may thrive makes himself a slave.

The most radical solution at this historic moment—that of tearing down modernity—beckons us forcefully. The artificiality of modern life calls for merciful destruction. The present world deserves a chance to recast itself into something more natural, more sacred, and more worthy.

Ezra Buckley is an itinerant philosopher who is interested in nothingness. He is the Founder of the school of Xen, also known colloquially as “dark zen.” Ezra is a warrior monk dedicated to the extinction of the human race. He has no history, no behaviors, and no metadata. He is nothing in the purest sense of the word. You can view his website here, which contains the longer (and even more extreme) version of this manifesto. 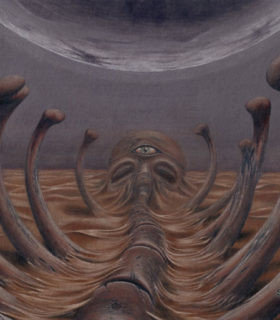 Sociopaths are bound by their puppetmaster reality tunnels, and cannot imagine a world in which they are not pulling the strings. 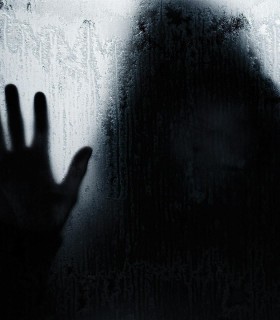 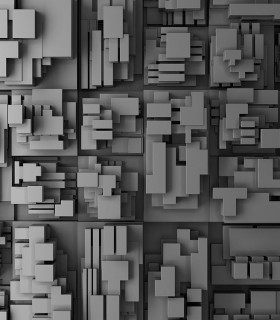