As a labor activist and stripper, I am involved in a few of the many lawsuits around the country that sue strip clubs to hold them responsible for the mislabeling of employees as independent contractors. Employee protections are important to me, because I want women to be protected from sexual harassment and discrimination. I want them to have an easy time getting overtime pay, workman’s compensation, and healthcare.

One of the strip clubs I recently sued was called King of Diamonds, based out of Minnesota. I secretly recorded them breaking the law, filed in small claims court, represented myself, and was awarded $3,700 after the judge ruled in my favor. What was most important to me about this lawsuit was the strike against King of Diamonds that will forever be on their record, and my ability to help future strippers who are mistreated by them.

I wrote an article about my experiences with this process and pitched it to Tits and Sass, which is a website for sex workers to write about their experiences in the industry. My pitch was accepted and my article went through two rounds of edits with Caty Simon and Josephine, the two women who run the website. Their email responses were enthusiastic about putting it up.

Yet shortly before they planned to post my article on their website, they began lurking on my Twitter page. On my Twitter, I regularly satirize religions with ridicule and jokes. Most of the time, my tweets ridicule Christianity and the Christians who I encounter in daily life. One night while I was watching the news, I saw something on CNN about a gunman killing people because of cartoon depictions of Mohammed. Any time people are getting murdered over cartoons, I think it’s important to take a stand against this sort of behavior.

As a joke, I posted a tweet that said:

“Contest: I am giving away $500 to whoever can draw me the funniest picture of Prophet Mohammed in a titty bar. DM me for submission info!”

Shortly after posting this tweet, I received a couple of emails from Caty and Josephine. They both wrote to me in the editing threads about my article, signaling to me that they had been lurking on my Twitter.

“I really enjoy offending off religious people with sexual things.”

“So, you’re shelling out $500 of your own money just offend “off religious” people? Just trying to follow.”

“No, it’s a satirical free speech issue that will offend liberals who confuse satire with hate speech.”

“My way of pissing off religious people doesn’t involve doing something sacreligious to offend a bunch of marginalized people, possibly the most hated and stigmatized group of people in the United States right now. That’s really punching down-kinda like the ‘Jew in the oven’ jokes I get thrown at me sometimes. There are much more satisfying ways to annoy religious people. Westboro Baptist Church, anyone? Now there’s a target.”

I didn’t respond to Caty Simon’s email because it was so stupid that I didn’t know what to say. My cartoon contest was nothing like jokes about putting Jewish people in ovens. Drawings of Mohammed in a strip club insult religious fundamentalists who believe in made-up folk tales. Caty Simon’s email displayed that she had not read any of the numerous tweets that I had already made ridiculing Christianity. It was patronizing of her to tell me about the best way to tweet. When extremists are murdering people for cartoons, I think it’s important to use satire in order to neutralize those threats. No religion is sacred or exempt from sex cartoons. I didn’t write any of that to Caty, though, because I was so stupefied. Less than 24 hours later, I received this rejection email from Josephine:

We thought long and hard about this but, to be frank, we can’t conceivably support a contributor that’s running a campaign that ‘satirizes’ the Islamic faith and culture. Satire only works if it’s easily recognizable as such. I don’t think your contest feels like satire at all. It feels like bigotry. It feels like bullying. It feels hateful.

We continually strive to be a safe space for sex workers of all backgrounds. We absolutely can not work with or endorse someone that compromises that safety.

We’ve posted the picture of your rabbit. Going forth, however, we’ll be severing our relationship with you. Your strip club piece is polished and ready now so I encourage you to submit it elsewhere. I’d suggest starting with Harlot Magazine, an intersectional feminist site that recently debuted.

After I received this email, I started tweeting about it. I guess they thought I would quietly fade away. My cartoon contest was boldly satirical, and this was easily recognizable. Regressive leftists just have a difficult time dealing with it, because they are the real bigots. When religiously satirical sex cartoons are described as bigotry and hatred, it is only because regressive leftists want to generalize a culture.

The actual article that I wrote for Tits and Sass had nothing to do with Mohammed cartoon contests, but with suing strip clubs. Providing a “safe space” for activists on their website would not have been compromised by posting my article. The article would have provided other strippers and those mislabeled as independent contractors with an instructional narrative how-to guide for holding their workplaces accountable. Instead, there will be no posting of the article on their website, because they were offended by a silly tweet.

Regressive leftists ruin things for many workers, women, and free speech. Activists are regularly de-platformed because editors are offended by something they said or tweeted. Rather than providing audiences a chance to engage or absorb what is being offered, these regressive leftists choose to de-platform them instead.

Labeling satire as hate speech opens the door to labeling all kinds of things as “hate speech” that people disagree with. De-platforming labor activists prevents other potential labor activists from putting aside their differences and working together. Labor unions, reproductive rights, and activist voices are all suffering because of safe spaces policies. I understand the purpose of space spaces in the context of violence and sexual assault, but my tweet was neither of those things. Rather than working through differences and finding common ground to fight an oppressor, many people choose to spend their time putting up trigger warnings and neutralizing progress.

Caty Simon and Josephine will rot in their incestuous micro-scene, while attacks on free speech, labor unions, and women’s rights continue into the future.

Brandi Campbell is a writer and dancer who wishes to unionize the strip club industry, while respecting the autonomy of the individual worker. She believes in free speech, veganism, and feminism. She is currently suing Larry Flynt’s Hustler Club in Las Vegas, Nevada. She is passionate about equal rights and opportunities for everyone and wants to make the world a better place. You can follow her on Twitter @UnionsAndVegans.

Feminism now doggedly embraces the tyrannical religiosity that is Islam, all in the name of tolerance and diversity. 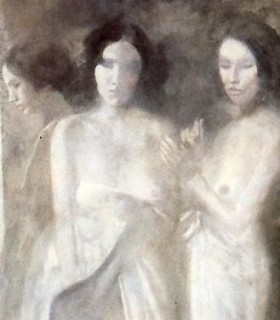 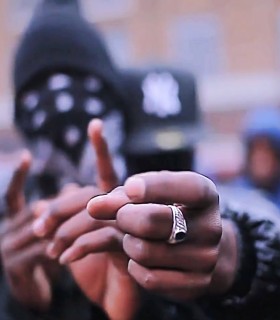 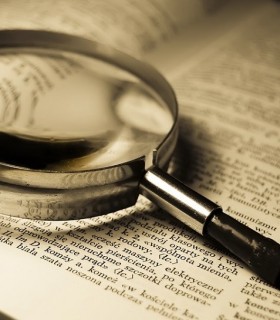