Am I an absolute idiot man-child for being nearly thirty and a fan of UK Drill Music? If you asked my wife, she would tell you yes, having had to endure frequent outburst of “skeng, skeng, skeng” and nonstop talk of “hooters,” “dumpies,” and “spinners.” Fortunately, there are millions of other idiots who lap this shit up like the hungry scatophiliacs. Let’s share!

Apparently UK Drill Music is on the rise, with the thuggish swagger-jacking 67 leading the way. They have a few videos with over a million views and seem to be gaining traction, becoming increasingly influential on the UK (whatever the term for black criminal-people music is) scene as they go. Just a few days ago, 67 released a video featuring Giggs (the formerly prominent UK rap artist and certified criminal, who spent several years in prison for firearms possession), in which either Giggs is desperately trying to keep his career afloat or 67 are showing signs of breaking through.

But who are 67? According to their masterpiece “Today”: “67 aint a gang, they a family, rudeboy mind what you say.” However, further investigation carried out by me reveals that they are indeed a gang with few of the members having any direct blood ties. In fact, if Internet rumors are to be believed, they recently “caught one of the mandem for the other side lackin’ and dipped his face with a rambo” and filmed it (for those of you who need a translation from criminal black manspeak to English: ‘they caught a member of a rival gang unawares and cut his face with a large knife… and filmed it). The “family” members include: Dimzy, LD, Liquez, ASAP, and Monkey. I’m assuming these are not their Christian names and was unable to find anything listed under Dimzy or Monkey in the Thomspon Local phonebook for the Brixton Hill area of south London from which 67 hail. Many other members of 67 are in prison, presumably for “crashing corn at ops” or “dippin man up on the backroads,” and it’s rumored that some are also in prison for “doing dirt on the mains for no reason.”

The origins of UK Drill Music can be traced back to Chicago’s most crime infested neighborhoods. With simple lyrics, songs that always reference guns and murder, and pathetically uncomplicated beats, some might say the droning music is an artistic mimicry of the simplistic savagery of street life in Chicago. In contrast, grumpy conservatives like myself might say that these people need to pull their socks up musically. Indeed, the short-haircut-appreciating old man inside me vehemently disagrees with the lack of effort that these gentlemen make both musically and in pursuit of a real job. Regardless of my thoughts on their lack of diligence, London drill rappers cannot be said to be a case of “art imitating life,” but rather “art imitating art, imitating life.”

One thing that makes their music enjoyable is that one must become an Alan Turingesque style cryptanalyst to understand what these guys are talking about. The language they speak bears little resemblance to anything the queen would ever say, meaning a real sense of satisfaction can be gained from understanding what they mean when they say: “There’s bells in the dot, there’s crayons in the mop, if you like, that’s long,” “Trapping put food in my fridge, trapping put corn in tha iron,” and of course “skeng in a four door truck and we’re tryna crash it at dem man.” It’s sort of like doing a crossword but for idiots.

With video views of up to 1.5 million on YouTube, one often wonders at who is watching this lovely brain rotting garbage. Hopefully there aren’t a million highly criminalized super-bastards in the UK watching this shit. After all, I am a sensible enough married father and I’m watching this rubbish; there must be a middle class audience for this kind of insanity, surely? However, a quick read of the comments section of their videos tends to confirm my initial fear, featuring arguments between young men about whether or not it is a sign of weakness to show any semblance of emotion after a rival gang stabs you, the do’s and don’ts of knife possession, and which gangs are responsible for the most mindless violence and how much respect they deserve according to that criterion.

So, what is it that makes the lifestyle of a bunch of poorly muscled, knife wielding, futureless idiot criminals so tantalizing to the 9-5 working responsible taxpayer like myself? The question answers itself in many ways, including: the fact that I have to work every day and that I can’t stab my boss, my colleagues, or workers from rival companies if the mood so strikes me; that I feel somewhat obliged to care about the daughter that I produced (within the bounds of wedlock), whereas I could have kids by several women and just not give a fuck about them except for when I felt the need to complain about the government not giving them enough free stuff; and rather than deferring gratification by saving money and only occasionally intoxicating myself, I could blow all my pounds on weed and moderately priced cognac.

At the end of the day, sometimes we all just want a break from wondering how much our kids should be exposed to electronic media so that we can imagine being feckless ghetto criminals who murder for fun, right?

James Thompson is a heterosexual olive-skinned male who isn’t afraid to admit that he finds Professor David Starkey quite agreeable. Given that he is married to a genuine brown Muslim woman and the father of a delightful olive/brown girl, he feels entitled to make outrageous comments regarding sexism, religion, race, and politics. 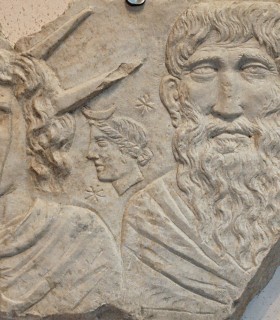 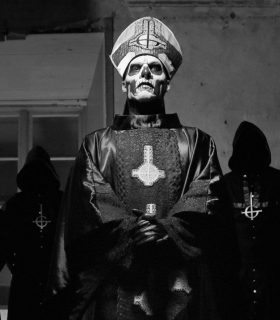