Medicine as a science is a modern phenomenon. It was not so that long ago that going to a doctor was more likely to hurt people than help them. This was a fact which persisted, some think, until as late as the 1930s. Medical researchers tend to keep plugging away at their special interest; they are unconcerned with what, to them, seem like instrumentally useless philosophical minutiae. Moral philosophers might argue about meta-ethics: the essence of moral statements, yet this does not seem a necessary prerequisite to a relatively harmonious social order. One might just as well ask about the use of “meta-medicine” and the underlying assumptions of medical diagnoses, when scientists are quite happy getting on with finding cures for cancer, and whatever else.

Unfortunately, medicine is as subject to such human frailties as status-seeking and fashion as anything else. It became unfashionable in the 20th century to look for pathogenic causation to diseases thanks to the then-nascent science of genetics, which is why it was not accepted as common knowledge that bacteria cause peptic ulcers until the 1980s despite this having been suspected, on good evidence, for well over a hundred years. Note that most cancers are only dimly heritable, in contrast with, say, autism, and have no clear Mendelian inheritance pattern.

Medicine is an applied science, and so obviously has a prescriptive dimension to it, i.e. what is worth treating? Call this the “meta-medical question” if you would like. The answer to this is not so complicated when dealing with physical disorders which glaringly go against the sufferer’s interests and those of peers; such as the flu, atherosclerosis, whatever. Yet what about disorders of the mind? Surely a meaningful concept, yet far more prone to spurious theorizing and fashion-biases in answering the meta-medical question due to the diversity of moral viewpoints about what is and what is not “disordered” behavior. For the purposes of this post, I will use the terms disease, disorder, and illness interchangeably—which they more or less are in everyday usage.

This is how the DSM-IV defines “mental disorder”:

A. a clinically significant behavioral or psychological syndrome or pattern that occurs in an individual

B. is associated with present distress (e.g., a painful symptom) or disability (i.e., impairment in one or more important areas of functioning) or with a significantly increased risk of suffering death, pain, disability, or an important loss of freedom

C. must not be merely an expectable and culturally sanctioned response to a particular event, for example, the death of a loved one

D. a manifestation of a behavioral, psychological, or biological dysfunction in the individual

E. neither deviant behavior (e.g., political, religious, or sexual) nor conflicts that are primarily between the individual and society are mental disorders unless the deviance or conflict is a symptom of a dysfunction in the individual

The inadequacies of this are manifold and torturously obvious. Childbirth seems to fit quite snugly with condition B. It is generally unhelpful to include a word itself or its synonyms in its own definition, such as in D. with “dysfunction.” E. takes it as read that the distinction between biological dysfunction and normal deviance are obvious, yet it is apparently not to most psychiatrists. It is for that reason that the traits branded “psychopathy,” for example, are continuously distributed in the population and usually harmless. Yet there exists an arbitrarily defined cut-off at the right tail of the distribution, where it is conveniently labeled “disorder.” This relevant convenience is in the interest of whosoever finds these traits unappealing, or whoever lacks the theory of mind to understand them. See also: ADHD, and teachers.

How to get around this arbitrariness? If ADHD and psychopathy are not useful to us WEIRDos, who or what are they useful to? Well, they are adaptations: they have a fitness benefit, i.e. a reproductive edge, in at least some environments, even if they are unpalatable to individuals. This evolutionary view is what tempts some to propose a purely Darwinian definition of disease in which disease is conceived as an embodied phenomenon that is counter-adaptive across all environments. This would make homosexuality a disease rather than Asperger’s syndrome, ADHD, or psychopathy. This could be illuminating from a solely descriptive angle, where the main interest is to scientifically describe the causes of the disease. Yet this is useless to practitioners of medicine and psychiatry, where the relevant question is “what ought to be treated?” If one asks doctors what the problem is with the flu, they are unlikely to say anything about how it affects one’s reproductive chances.

Whether one finds it distasteful to mention as a dispassionate intellectual, it is also a fact that the word “diseased” in popular usage carries a certain moral valence, even when applied to activities that one does not view as morally important. To say that “Behaviour X is a disease” is not simply to say that it is evolutionarily maladaptive, but that it is wrong. This would seem to be an unhelpful confusion.

For the application of medicine, I suggest that the best formulation of the conventional usage of “disorder” be merged with the Darwinian definition: anything, internally generated, which leads to non-trivial suffering in the individual that has no conceivable fitness benefit. As for the descriptive-only theorists and researchers, the Darwinian definition is fine on its own, although perhaps it is worthwhile to find a word other than “disease.”

Ashley Messinger is a writer and editor for several cryptic anti-establishmentarian websites. He is also an autodidact, polemicist, introvert, and anhedoniac. 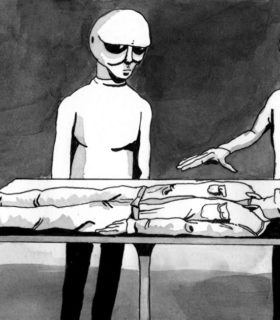 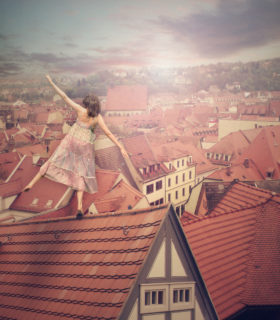 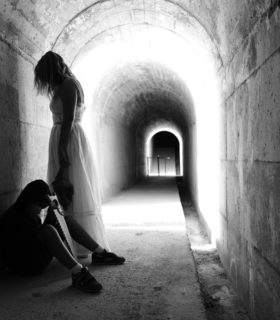