In coded language, clipped and hushed tones, when nobody is around, we talk about him.

It’s difficult to hold it in. That urge to disagree with something so vapid, so insipid, so braindead. Yet it is a struggle I deal with on a daily basis.

Most of my friends, acquaintances and colleagues voted for Hillary Clinton. Because I am a guy who listens to industrial music, wears makeup and is socially progressive, it is assumed I did, too. But I didn’t. I am curiously patriotic. I voted for Donald Trump and regularly support a bulk of issues brought forward by the alt-right.

I like most of my friends but they are probably confused or don’t understand my ideology. At the core of things, if you live in a Northeastern US city and voted for Trump, you’re the real rebel. Take a few colleagues I have at a consulting firm. Through various hints and inferences, I discerned they also voted for DJT. So, we talk about him. In coded language, clipped and hushed tones and when nobody is around. Shit, you could get fired for advertising your pro-Trump feelings.

Of course, everyone around my colleagues are free to express their anti-Trump views. The day after the election, people in my office were openly crying, going home early, some seemed like they were about to jump out the window. In a meeting a few weeks ago, someone randomly blurted out that Trump should be impeached.

So, I have to hold it in to keep my job. And the two or three rare people who both share my interests and views do, too. I have been less afraid to speak my mind. I took a selfie at the voting booth and regularly RT the 45th POTUS. My friends probably cast it off as me being irreverent. Frankly, I find no fault in their ideological choices. The freedom of choice is a beautiful thing. It’s also a one-way street that leads to a biased cul-de-sac in the American zeitgeist. Sad!

Dan Aleksander is some guy who likes to listen to industrial music. He also likes to wear makeup. His viewpoints never fit in with his ilk, because he thinks from a right wing perspective. Dan resides in a large Northeast US city where his viewpoints would make him a pariah. Catch him on Twitter @thejusticecode. 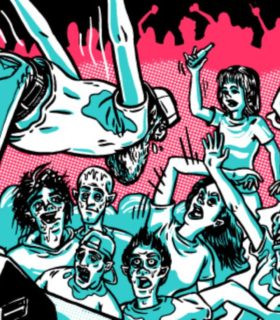 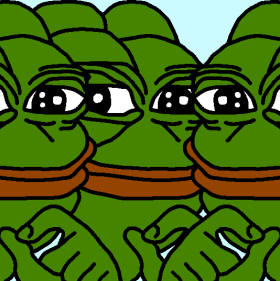