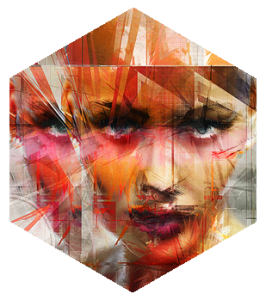 We hold a huge double standard in modern Western culture about the importance of physical health over mental health. Now, in some very specific, very narrow contexts, it is indeed justified to place the body above the mind. After all it is, indeed, less dangerous to puncture someone’s self-esteem than their aorta. Yet mental issues can be as dangerous as physical ones, and as a society we so frequently treat them as less important. We do not appreciate that a wound is a wound and a death is a death, regardless of how they happened.

The example that sticks in my head the most was an incident that happened on social media late last year. I had caught some pathogen that was doing the rounds and was suffering from laryngitis, and complained on Facebook about how disgusting my voice sounded. People’s responses ranged from “Hugs, feel better soon” to “Go get some honey and lemon and keep warm.”

Not so long later—I forget the actual time frame, but it was short enough that these two posts contrasted like black and white—a friend of mine posted a status complaining that he was struggling severely with mental health issues, feeling suicidal, and could really use some support and encouragement.

There were no warm fuzzy posts for him. There weren’t even any neutral posts for him. People accused him of being some sort of aggressor and described themselves as being, somehow, his victim. They called him selfish. They accused him of manipulating people. Do I need to point out the terrifying dissonance here? People thought my right not to speak with a ragged, ugly rasp was more important than his life.

If you asked people, would you rather have a cold, or would you rather be dead, they would look at you as if you had three heads, because that question is too absurd to even answer seriously. And yet people were throwing virtual hugs and love at me while ranting at a suicidal person instead of helping him.

You could say that people were ‘mean’ or ‘insensitive’ or other such words, but this is only a part of the whole story. It takes vastly less energy to be supportive than to lash out at a someone like this. It takes vastly less time and less concentration to go on Google and find a free mental health hotline than to type a long rant about how self-centered and evil you think someone is. It takes even less time to simply type a short supportive message than to construct an enraged and accusing rant. And it takes no energy at all to simply stay out of it. It’s easy. You sit inert and take your fingers off your keyboard and you don’t type anything.

But these would rather exert the greater effort of lashing out than the lesser one of either being supportive or minding their own business. They were behaving this way against their own self interest, not for it—at least considering pure energy usage. It was that important to them. It was as if they’d suffer or go hungry somehow if they didn’t do it. It seemed to fulfill some deep-seated need or drive.

We hear and use the word ‘selfish’ a lot on the subject of mental illness and suicide. No one however seems to reflect that all this talk of ‘selfish’ is, in itself, selfishness. It is selfish to expect someone to suffer long term, not because their life is valuable and it would be a shame for them not to receive help and recover, but to save one’s own feelings. It is selfish to rant at a vulnerable, endangered person instead of helping them. It is selfish to place self-righteous pontification above someone’s safety and life.

But simply calling this behaviour “mean” or “selfish” still does not reach the full extent of the problem. It isn’t simply that the people who join in this angry mobbing of mental health patients are selfish or cruel. It’s that they actually don’t care if mentally ill people live or die—or at least, we can only conclude so from their behavior. They would rather rant at someone than prevent a death. They would rather point fingers and blather buzzwords than either help the person themselves, direct them to personnel who are qualified to help, or even simply stay out of the situation entirely. They would rather throw sodium hydroxide than save a life.

Can you imagine the public fury if someone were to treat a physically ill person this way? Can you imagine ranting at someone while they suffered a heart attack, wagging a hostile finger at a diabetic for needing insulin, or telling someone with Addison’s disease that what they needed was not cortisol, but gratitude?

Many people still seem to frame mental illness as a choice rather than a chemical issue. They reason that it must be someone’s own bad attitude, not serotonin or dopamine problems, that must be causing it. But this completely ignores the fact that the brain is a physical organ, and organs can go wrong. Just as one’s ears, eyes, lungs or liver can go wrong, so the brain can malfunction in a variety of ways. To argue that an ear or liver problem is a disease but a mental problem can only be a personal failing, is ultimately to argue that the brain is magical; that it is somehow exempt from the laws of biology that every other organ we have must obey. It is to argue that the brain is invulnerable and cannot malfunction or be damaged. It is essentially to argue that magic exists.

Why behave this way? Why do we so often see this phenomenon where people with even minor physical problems are showered with sympathy but people with even serious and life-threatening mental health disorders are told that there are children starving in Africa? There is a big clue however in the form of the ‘Let’s make this about ME’ behaviour often seen in mental health discussions. Very frequently, commenters feel the need to change the subject to themselves and their own lives and expound at length how they supposedly had problems but overcame them and how they are so very superior to the person with mental health issues.

In short, people do this because they get something out of it. It suits them to have a class of people they can lash out at and feel superior to. They scream about selfishness and starving children because it benefits them, because it allows them to feel superior. Feeling superior to others, it seems, is a need as primal as the need to eat food and breathe air.