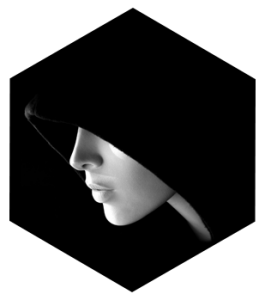 Fly into the streets! All who are still fresh and young and not dehumanized – to the streets! The pot-bellied mortar of laughter stands in a square drunk with joy. Laughter and Love, copulating with Meloncholy and Hate, pressed together in the mighty, convulsive passion of bestial lust. Long live the psychology of contrasts! Intoxicated, burning spirits have raised the flaming banner of intellectual revolution. Death to the creatures of routine, the philistines, the sufferers from gout! Smash with a deafening noise the cup of vengeful storms! Tear down the churches and their allies the museums! Blast to smithereens the fragile idols of Civilization! Hey, you decadent architects of sarcophagi of thought, you watchmen of the universal cemetery of books – stand aside! We have come to remove you!

The old must be buried, the dusty archives burned by the Vulcan’s torch of creative genius. Past the flaky ashes of world-wide devastation, past the charred canvases of bulky paintings, past the burned fat, pot-bellied volumes of classics we march, we Anarcho-Futurists! Above the vast expanse of devastation covering our land the banner of anarchy will be proudly unfurled. Writing has no value! There is no market for literature! There are no prisons, no limits for subjective creativity! Everything is permitted! Everything is unrestricted!

The Children of Nature receive in joyous ecstasy the chivalrous golden kiss of the Sun and the lascivious, naked, fat belly of the Earth. The Children of Nature springing from the black soil kindle the passions of naked, lustful, bodies. They press them all in one spawning, pregnant cup! The skin is inflamed by hot, insatiable, gnawing caresses. Teeth sink with hatred into warm succulent lovers’ flesh! Wide, staring eyes follow the pregnant, burning dance of lust! Everything is strange, uninhibited, elemental. Convulsions – flesh – life – death – everything! Everything!

Such is the poetry of our love! Powerful, immortal, and terrible are we in our love! The north wind rages in the heads of the Children of Nature. Something frightful has appeared – some vampire of melancholy! Perdition – the world is dying! Catch it! No, wait! Frenzied, penetrating cries pierce the air. Wait! Melancholy! Black yawning ulcers of agony cover the pale, terror-stricken face of heaven. The earth trembles with fear beneath the mighty wrathful blows of its Children! Oh, you cursed, loathsome things! They tear at the fat, tender flesh and bury the withered, starving melancholy in the flowing blood and fresh wounds of its body. The world is dying! Ah! Ah! Ah! cry millions of tocsins. Ah! Ah! Ah! roar the giant cannon of alarm. Destruction! Chaos! Melancholy! The world is dying!

Such is the poetry of our melancholy! We are uninhibited! Not for us the wailing sentimentality of the humanists. Rather we shall create the triumphant intellectual brotherhood of peoples, forged with the iron logic of contradictions, of Hate and Love. With bared teeth we shall protect our free union, from Africa to the two poles, against any sentimental level of friendship. Everything is ours! Outside us is only death! Raising the black flag of rebellion, we summon all living men who have not been dehumanized, who have not been benumbed by the poisonous breath of Civilization! All to the streets! Forward! Destroy! Kill! Only death admits no return! Extinguish the old! Thunder, lightning, the elements – all are ours! Forward!